Are you coming from the Heart? 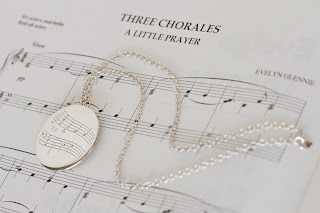 Since I began learning and playing percussion and indeed piano and clarinet there has been a fascination about how I can possibly accomplish these things with a severe hearing loss impairment. In the early years it was inconceivable that I would be able to participate, let alone carve a new career as a solo percussionist. Over the years I have spent a lot of time breaking down barriers, shedding concerns and dispelling doubts about my own, and others, ability to enjoy and participate in music.

My quest was beautifully supported by a play written by Charles Way titled Playing from the Heart. A Washington DC film company, Imagination Stage took up the challenge and produced a film of the same name.

The title 'Playing from the Heart' has depth and meaning to me which is often reflected in others around me. I share patronage with many charities and I see people strive to provide the most basic of comforts; clean water, nourishment, and education are the simplest commodities of life that most of us take for granted. I feel passionately about trying to inspire the young and to encourage parents to allow exploration without prejudice. I receive many letters and emails from teachers who find themselves faced with a disabled student and they feel unqualified, to teach them in the traditional manner.You can take it from me 'normal is as normal does', in which I mean from birth we are learning whether or not we are born or become disabled. Our learning capacity may be hampered but what we sometimes need to think about is how to teach someone with a particular impairment. In other words we need to teach the same subjects, but differently.

In my case I had to learn to 'feel' music using all the senses in my body. I was not specifically aware I was doing this however that is what has happened. I see something very similar in the sensory development of the blind where some senses, such as hearing and feeling through the hands, become more sensitive thus enabling the mind to envisage objects or sounds around them.

'Against all odds' is another term that evokes incredible emotion both negative and positive. Before I met Danny Boyle, the prospect of participating in the opening ceremony for the London 2012 Olympic Games seemed an impossible dream. I soon realised people like Danny Boyle are amazing visionaries. He had a concept in his head of an opening ceremony like no other. He was able to share that vision with funders, creative teams, major organising bodies, artists and especially volunteers. He 'enabled' us all to believe the impossible could be accomplished. Each segment was discussed and put into practice in isolation. As one of the artists I just had to believe in his directive and do my job. The one thing I knew was I had to do it well - therefore I would say to all of you who are in doubt if you believe it can work even if it means adapting or exploring other ways of doing something then put your heart and soul into it and it will happen.

Image by Rachel Blackwell
Posted by Evelyn Glennie at 04:22